Gender Knowledge in the Arab-Islamic Realm. On the social situatedness of gender as an epistemic categorie, in: Stefanie Knauss/Theresa Wobbe/Giovanna Covi (ed.), 2012: Gendered Ways of Knowing in Science. Trento: Fondazione Bruno Kessler, S. 155-176.

The epistemological function of the sex/gender differentiation has been highly disputed in Western social sciences since the 1970s. In the beginning, the focus lay on the term sex and the social consequences of its meaning as a given biological factor for womenÄs and men's sociation. Today, gender is contested as wel, because the concept tends to reify the sexual divide between women and men. Numerous historical and sociological studies have built on this insight, demonstrating that the lived reality of two incommensurable sexes is part of an epistemological shift since 1800, intertwined with the Western history of science. Accordingly, gender is a term deeply rooted in the Western mindset and its socio-historical development.

Despite a strong awareness that gender is an analytical category which is deeply embedded in Western social history, the concept's transfer to non-Western societies consistently fails to acknowledge its social situatedness in the Western context. As a result, gender configurates in other societies are viewed through Western lenses, which mak endogenous gender schema. This paper will analyse the distoring effects of Western lenses with reference to an Arab-Islamic context. I argue that gender is not primarily associated with sexual difference in this societal realm. Instead, gender knowledge is mainly shaped by equitable reciprocity. (...) Equitable reciprocity constitutes the nucleus of a gender concept in its own right alongside the Wester-European model of sexual difference. 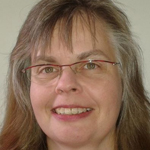