Gender and Diversity in Civil Engineering

Since July 2010, Prof. Leicht-Scholten was visiting professor for "Gender and Diversity Management in Engineering" at the institute of software engineering and theoretical computer science of the faculty IV at TU Berlin.

From November 2007 to June 2010, Prof. Leicht-Scholten was head of the unit "Integration Team - Human Resources, Gender and Diversity Management" (IGaD) of RWTH Aachen. She established the IGaD after participating in the development of the Institutional Strategy of RWTH in the framework of the German Excellence Initiative in 2007. In this context she was mainly responsible for the conception of the gender and diversity strategy of RWTH Aachen.

From 2003 to 2007 Carmen Leicht-Scholten was Postdoc at the Sociological Institute of RWTH Aachen. There she conceptualised several mentoring programmes and developed the mentoring concept of RWTH Aachen as an instrument of gender-equal human resources development.

After studying Political Science, Sociology and Romance Studies in Heidelberg, Aachen and Sevilla she received her doctor's degree at the department of political science (Prof. Christine Landfried) at Hamburg University. Her dissertation dealt with the impact of the constitutional jurisdiction on politics and society with regard to equal opportunities. 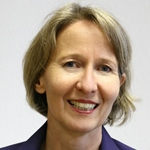